Nancy Davis-Walker : The Voice Against Tobacco

Nancy Davis-Walker is a mom from Montana who lost her vocal chords to laryngeal cancer in 1989. Six months after her surgery she spoke to her 10 year old son’s class about the consequences of her tobacco addiction. She has been speaking to kids ever since. 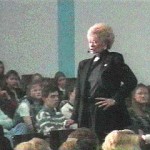 The “Joseph W. Cullen Award” recognizes an individual outside of the traditional public health arena who has made outstanding contributions in the field of chronic disease. Such contributions may be in the form of legislation, education and awareness messages in the media, or other means of promoting good health. The award is named after the first recipient, Joseph W. Cullen, who believed the most effective health messages are generated at the grass root level. 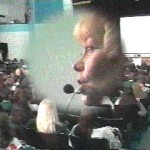 Nancy’s “VOICE” Against Tobacco program involves school children in the development and production of radio and TV commercials with a tobacco prevention message. The kids brainstorm, script, act in, and produce 30 second spots for broadcast on our CBS affiliates here in Montana.

Earlier this year KRTV, our local CBS station, and Nancy were awarded an “Excellence in Children’s Television Award” from the National Association of Broadcasters. Video commercials produced by the kids in Montana were used as keynote material, and as a demonstration of quality and creativity during their awards ceremony. 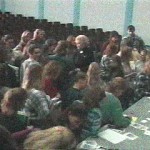 We are extremely proud of Nancy and her committment to “breaking the heritage of tobacco” through educations and involvement of our youngest consumers. Nancy has indeed been there, done that, and is doing something about it!

To find out more about this wonderful lady and her program, call or write: